Some 200 people who crowded into Market Harborough’s town Square on Good Friday morning enjoyed warm sunshine, free hot cross buns, live music, craft activities and a dramatic presentation of the whole Easter story from the trial of Jesus to his resurrection. It was filmed by BBC East Midlands and featured on the lunchtime and evening news bulletins. 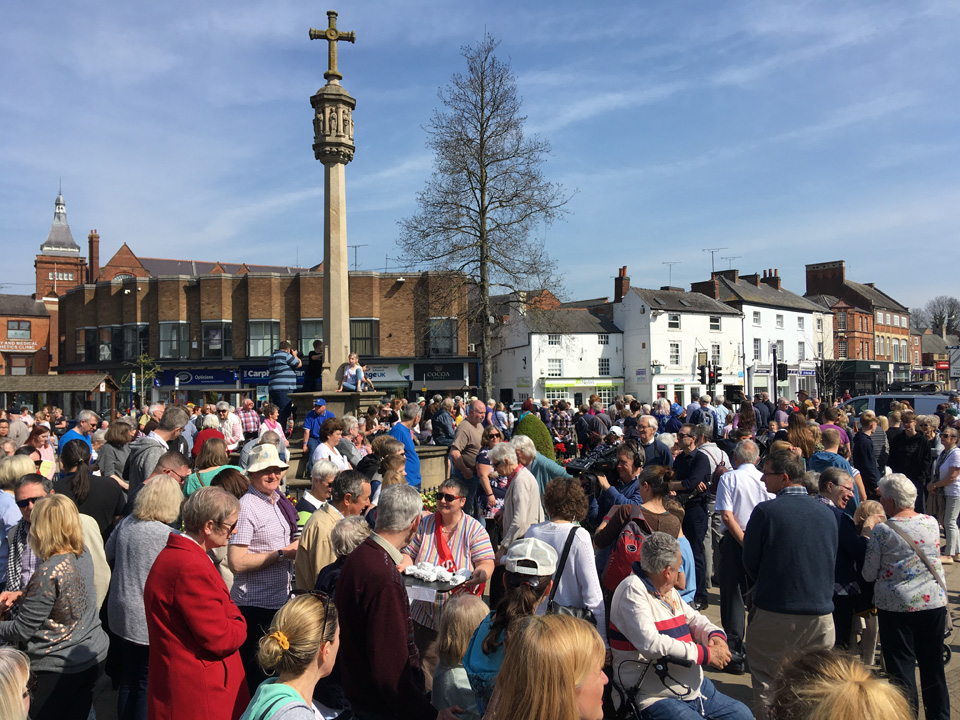 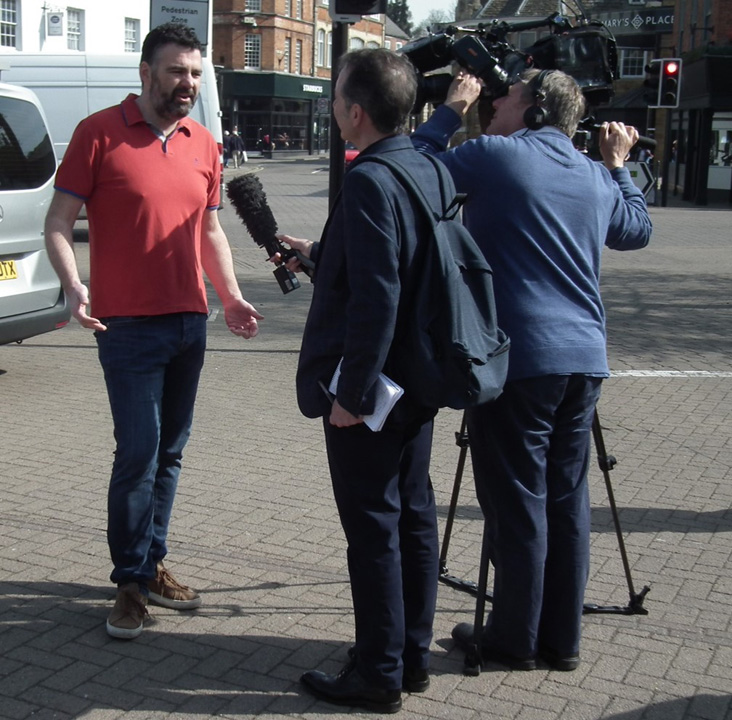 Organised by Churches Together in Harborough, the event replaced the traditional outdoor service of hymns, readings, prayers and address. “Something outside, that’s interactive and getting people involved – it’s a way of presenting the Christian message in ways people can identify with,” Megan Dreyer from the Community Church and one of the three youthful presenters, explained.

Revd Barry Hill, Anglican Team Rector, concurred. “Jesus always speaks in our native language,” he said. “The message is too good to be kept inside our buildings.” Bystanders were offered a colourful booklet, One Friday, which reproduced the key Bible passages surrounding the Easter story.

The 40-minute event began with Kevin Armstrong, from St Dionysius Church, carrying a heavy wooden cross through the Square and onto the stage, accompanied by shouting and jeering “guards”. During the presentation he was fixed to the cross, and later, as in the original story, taken down and carried away. 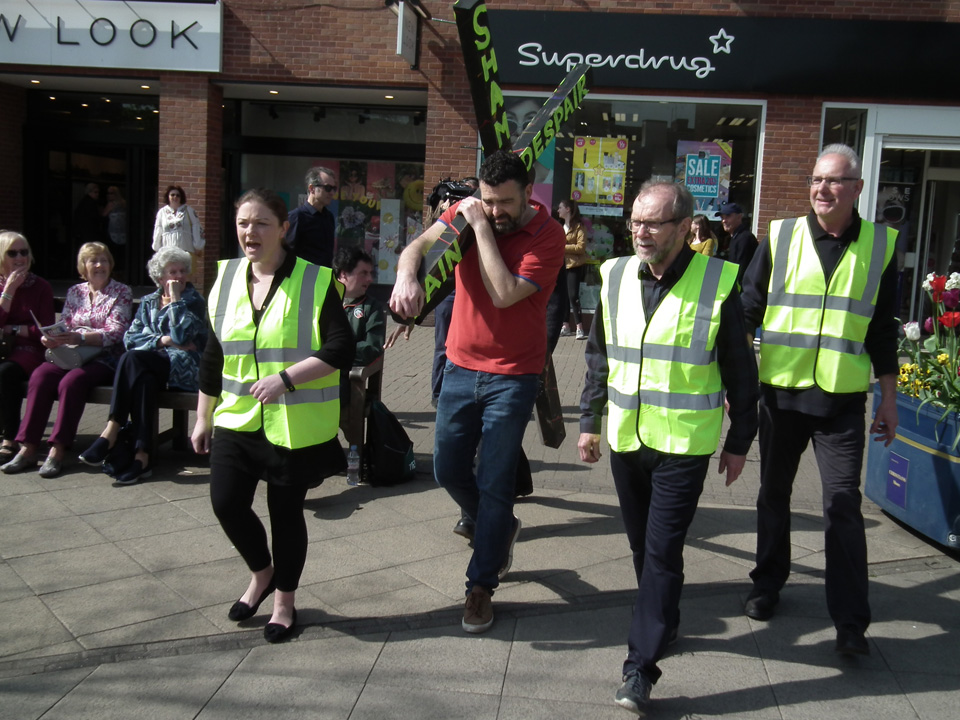 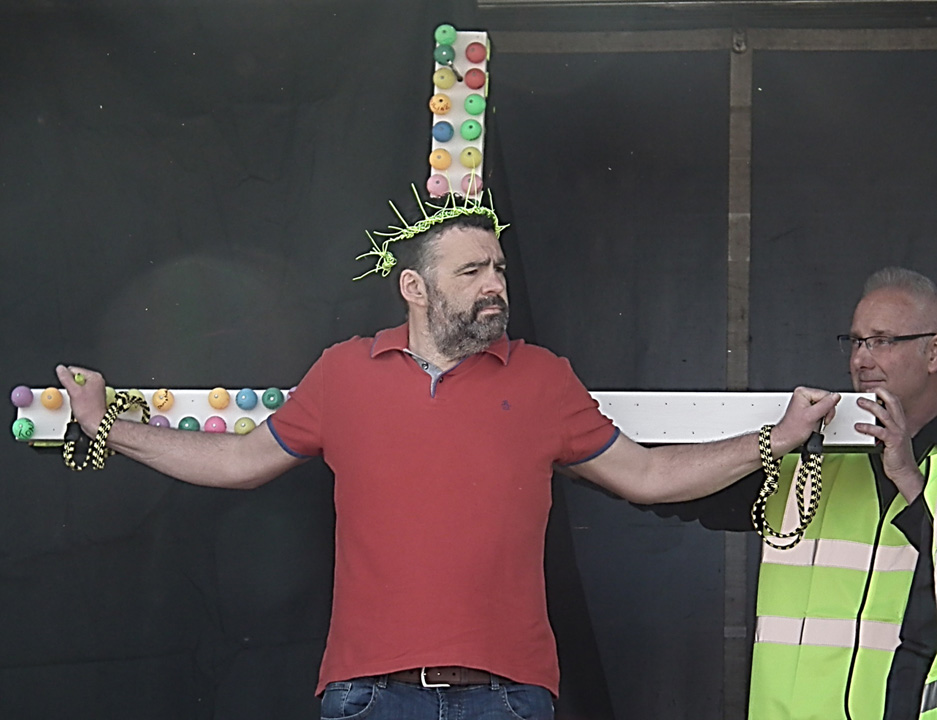 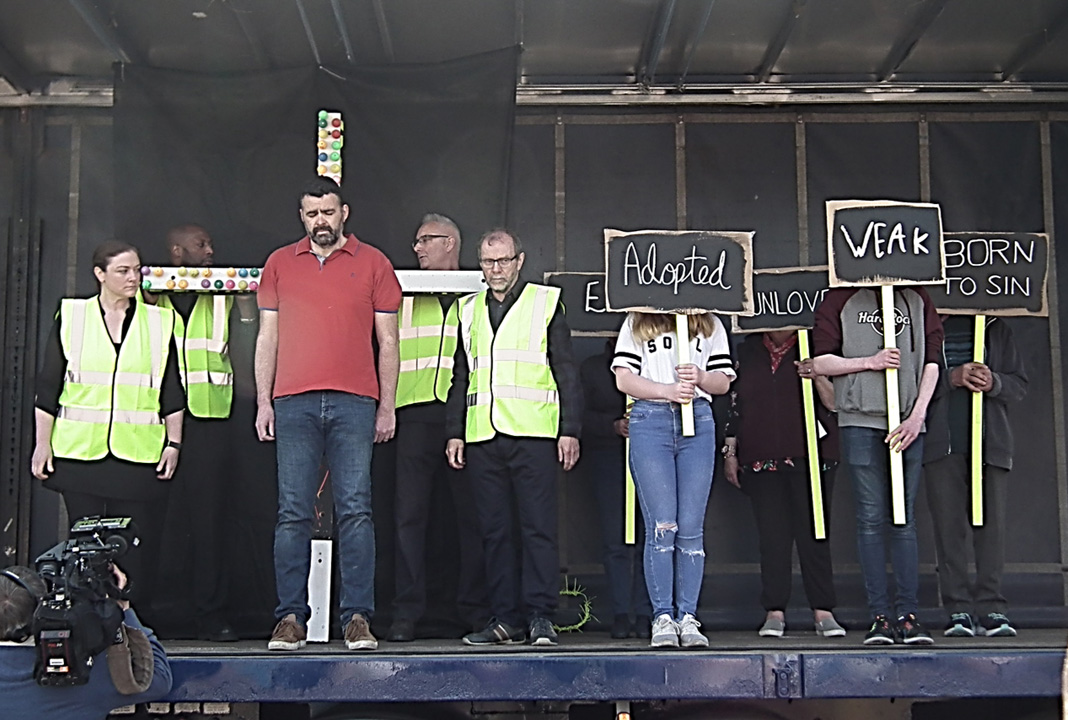 At stations around the Square members of the public were invited to write the names of people in need or other simple prayers on coloured ping-pong balls which were then fixed to the cross. “It’s a symbol of giving these people or things to God,” explained Lizzie Chadwick, who organised the craft activities which included colouring for children. 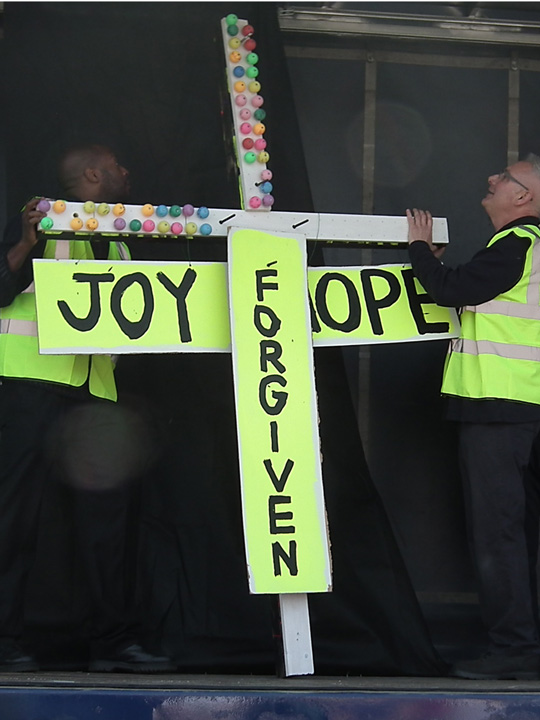 Actors on the stage recounted stories of people’s encounters with Jesus, and carried boards depicting the varied emotions of the Easter story, from shame and despair to joy and hope. At intervals a band of six buskers, led by Baptist Church Trainee Minister Christopher Brown, played sets of appropriate modern Christian music. Hot cross buns were distributed as the presenters explained their symbolic reminder of Jesus’ death. 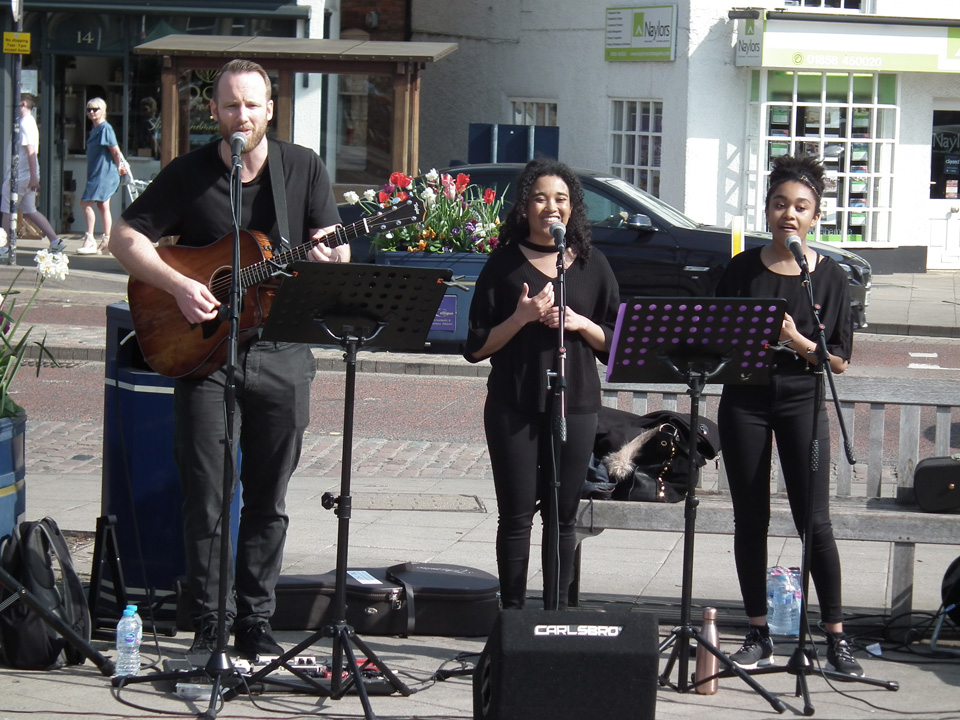 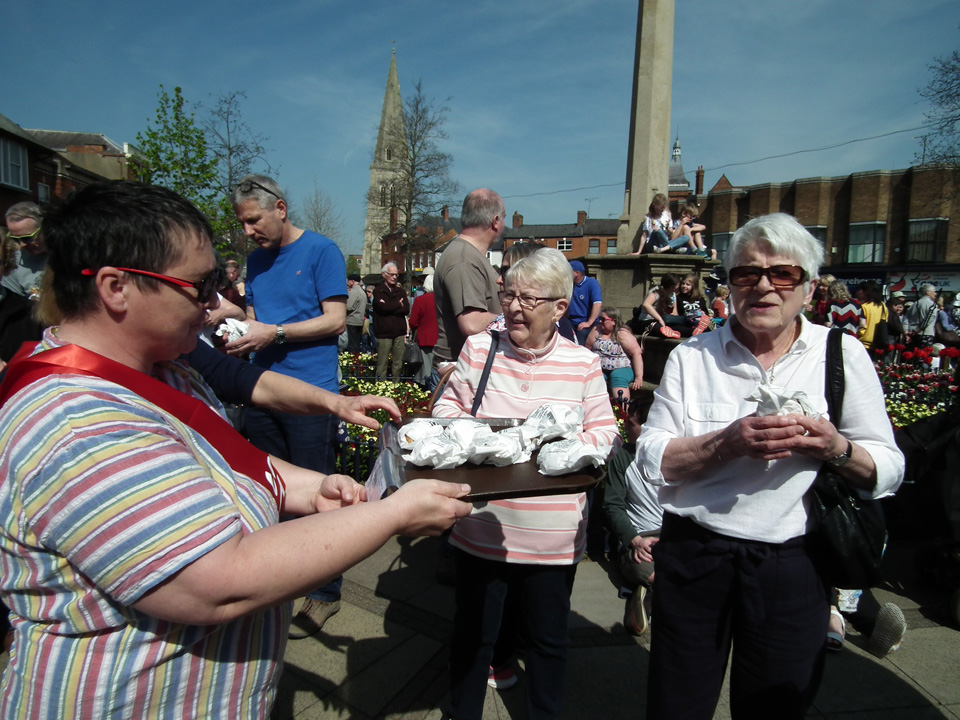 The organisers are grateful to local haulage firm Sanderson’s for providing the articulated truck that was used as the stage, to Tesco for supplying the hot cross buns, and to Harborough FM for handling the sound amplification. Volunteers from all the town’s churches worked as stewards and helpers. There was a prayer tent for the public to use, and a team of church members prayed quietly for the event and the crowds while it was taking place.

Many churches in the town held more traditional Good Friday meditative services after the event.