Members of the Churches Together in Harborough Justice and Peace Group took part in a two-hour lobby outside the Harborough branch of HSBC on Saturday 13th April. 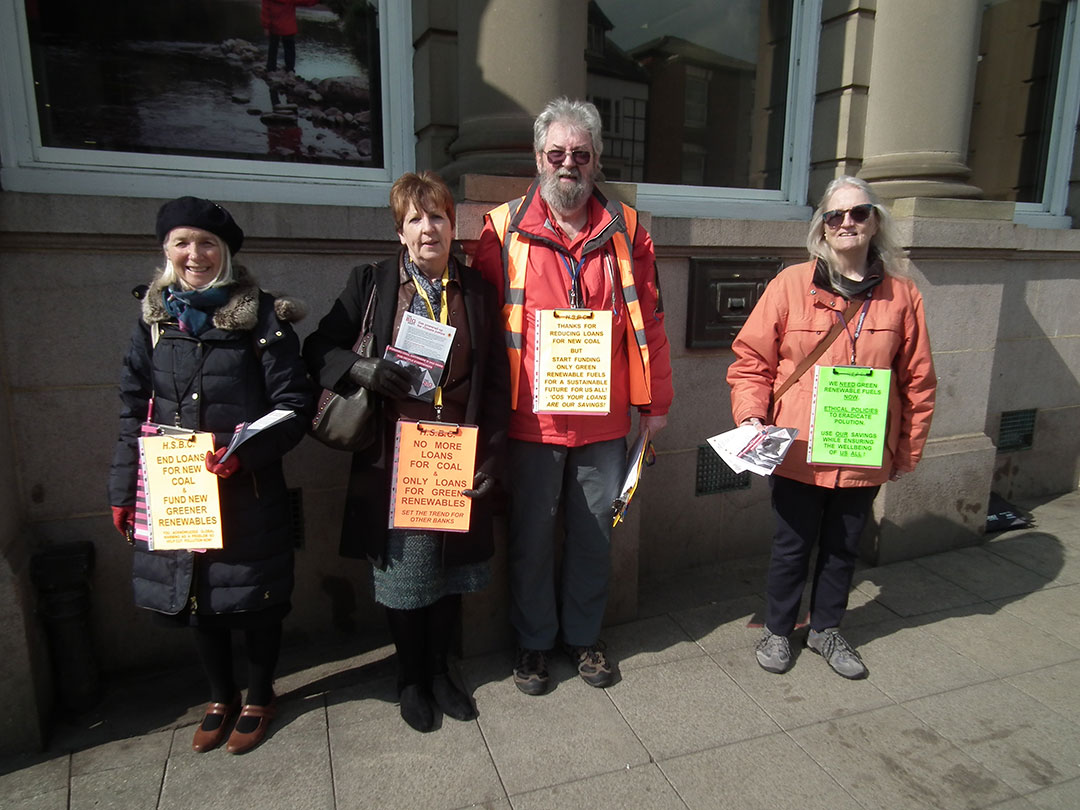 Pictured are Maureen Douglas, Janet Smith, Dave Tomlin and Alison Tomlin. They were later joined by local school students. They invited passers-by to take leaflets and sign a petition asking HSBC to alter its investment policy and move away from fossil fuels.

It was part of a nation-wide "Big Shift" campaign organised by Christian Aid and calling for a "big shift" away from the use of fossil fuels that contribute to climate change which itself affects natural disasters and poorer communities.